Story about Jones Phiri on being a teenage father

While his friends are busy worrying about buying diapers and child proofing their houses, Jones is looking for a flying academy to help his 19 year old son Sibongile perfect his flying skills. The road that he has travelled to get to this point is one most can only imagine and from the smile on his face when he talks about his son you can tell he is one really proud father.
I met up with him one afternoon so he could take me down memory lane and give me an account of the challenges he faced as a teenage father.
Love birds
He was just sixteen and so was she, a typical teenage couple feeling young and in love. Nothing ever prepared him on what to say or how to react when she said the words “I am pregnant”. He chose to ignore it not that he had not heard her nor did he not know what she meant but it was pure shock, confusion and denial of the fact that their actions had caught up with them and in their case had serious consequences. This was also the beginning of the end of their teenage romance.
Me against the world
”I was young,i knew what i had done, and I knew I had to man up and take responsibilities for my actions, but what does a sixteen year old boy know about life”. He felt as though his world was crushing down on him and what made it worse was the fact that no one stood by him to at least try to help him or guide him.
When he stood in court to be judged for impregnating a minor it felt as though it was him against the world. He stood in front of the judge in his uniform with his two friends while everyone else watched hoping he will get a harsh judgement. He was sent home as there was nothing the court could do if the girl’s parents did not want to take action.
The thought of going to school became a nightmare, “The fact that i was going to be a father seemed to automatically mean i could not participate or contribute anything meaningful in class”. “I am a parent, I don’t see why I should be teaching another parent”, was what one teacher said to him. It seemed there was no room for a student who made such a mistake and because they were all so adamant in getting him expelled it just added a new twist to his life. “I stopped studying completely because there seemed to be no hope for me.There was so much uncertainty on whether I was going to be allowed to continue with school or not.My fate lay in my girlfriend’s parents hands and all I could do was just sit and wait for the day they would decide I had to face the same fate as their daughter”.

After months of being locked up in his own shell, not knowing what to do and not having anyone to just give him some words of encouragement, his father finally came to speak to him. Thinking about it today, he does feel for his parents because maybe they also did not know what to do because no one prepares anyone for such. His father agreed to take the responsibility of paying maintenance on but told him that he had to pay his own way to finishing school.

Boy to man
Though he felt a burden lifted off his shoulders, he felt as though over night he had become five years older. While his friends were studying or simply hanging out being boys, he was walking from door to door looking for any job that he could do so that he would get enough money to finish school. He did not get much time to study because from school he had to work and by the time he finished he would be too tired to do anything else.He was lagging behind with his school work so he thought the best way forward was to drop out. The principal encouraged him to continue and he had to cut down on his sleep and wake up as early as 4am to study before he could go to school.
In his final year he had to juggle his time between work, school and spending time with his new born son. It was hard but somehow he knew that one day things were going to come together. His son came to stay with him(at his parents’ house) at age two as his estranged girlfriend had to go back to school. He was now officially a father and he knew he had to make it happen for himself and for his son so he started a small business that he ran with his father and enrolled into college to further his education.
His relationship with Lucy was never the same and they settled on being friends while raising their son. She got married a few years later and he had to deal with the knowledge that his son will be raised by another man but he was comforted by the fact that no one could take the fact that he was the “main man” in his son’s life.

Looking back
Looking back he believes that though it was irresponsible to get his girlfriend pregnant at such a young age, his experience moulded him into the man that he is today.”I am not the first one nor am I going to be the last, but what I know is that every cloud has a silver lining and as I look at my son today a man in his own right I would not have had it any other way”.
Hisadvice to teenage boys is first and foremost ABSTEIN from sex as there are serious consequences and with AIDS added to the twist its better to be safe than sorry.Communication is keyand young people should be very open with their parents and not treat them as though they are the enemy. Those that find themselves in a similar situation should just keep their heads up and do the best that they can, people will talk but remember that you are never given a situation you cannot get out of. 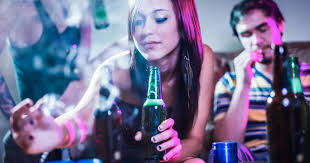