Trevor has become the biggest African comedian in such a short space of time since meeting him. Here are 10 things you should know about him: 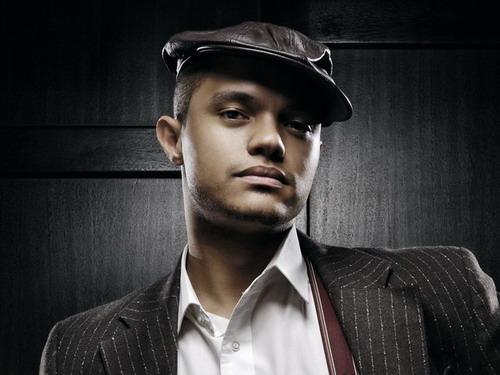 1. He was born to a black Xhosa mother and a white Swiss father

2. Noah grew up in Soweto township, and his father couldn’t walk with them in public

3. He doesn’t write down his material

4. Noah was the first African on The Tonight Show

5. He is known for his talent with accents, as well as languages

6. Noah has sold more DVDs that any other stand-up comedian in Africa

7. He has been linked to Cape Town-based physiotherapist, Dani Gabriel

8. Regardless of how much he travels, Noah will always consider South Africa his home

9. Noah’s former stepfather attempted to kill his mother, and even threatened Noah himself

10. Noah’s mother has not been publicly supportive of his career