On his recent trip to London town, Tocky Vibes took some time to talk about his music journey, the struggles, what he’s learnt and what he foresees his future like. 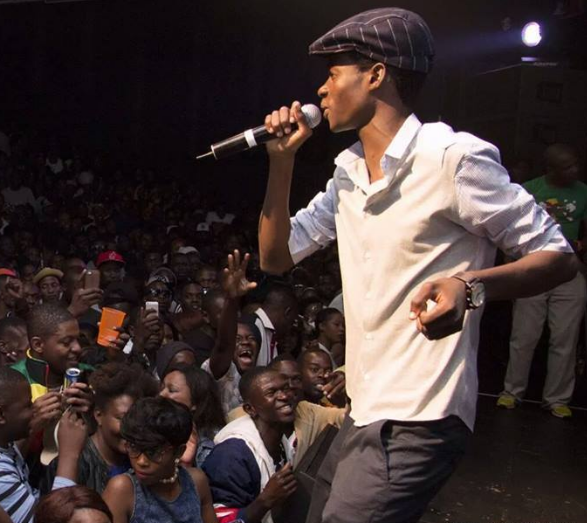 Asked if growing up in the ghetto shaped his music and who he is, Tocky Vibes says the way he grew up has a huge influnce on what he sings about. “You can’t sing about what you don’t know. I take inspiration from the life I’ve lived and it has shaped my music”, TockyVibes admits.

The “Amai” hitmaker says he views music as a way of healing people’s souls, he goes on to explain that it is for that reason why his music appeals to everyone as opposed to only people of his age. “It can’t be only for the young ones, it has to be about everyone”, said Tocky.

Talking about his early days trying to make it in the music industry despite having no support from his family, Tocky Vibes says his parents where not so keen on him pursuing his music dreams. Tocky says parents have their own expectation of how their kids should turn out and all they want is for you to go to school and have a profession.

The then aspiring Dancehall artist took matters into his own hands when he purchased seven hundred blank CD’s which he put his music on and gave random people for free. That was the birth of what we now know as Tocky Vibes. “No one will invest in you if you can’t invest in yourself”, he said.

Asked what he does to remain humble, Tocky humbly revealed that he reminds himself that it’s not about himself but the music and the talent. “It’s not always about you but what’s inside. It’s about what you do. I let the music shine on it’s own not me”, he said.

His words of encouragement to the youth is, making sure what you do today you will be proud of tomorrow. It’s you choice to choose right from wrong, he says. As for where he sees himself in the future Tocky says only God knows what’s to come and what he deserves.