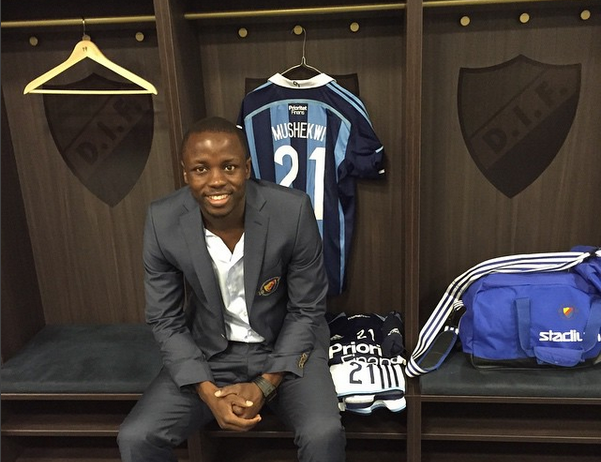 3. In school Mushekwi was an all rounder sportsman, he was an athlete, played rugby, basketball and hockey.

4. Nyasha was more passionate about Basketball in High School, he even went as far as representing Zimbabwe at senior level. In 2006 he was voted Most Valuable Player in Mashonaland Basketball Association League.

5. Whilst on Rugby off season, Nyasha trained with Caps United and that was the birth of his football career in 2008.

7. He moved from Caps United to South Africa where he joined Mamelodi Sundowns and became a top goal scorer for two consecutive seasons.

8. Some of the football accolades he holds include, COSAFA Cup Winners medal, 2nd runner up for the soccer star of the year in 2009 and top goal scorer in the Zimbabwe Premier Soccer League.

9. Mushekwi who is currently in Europe on loan was ranked seven on the Most Valuable Player’s list in the South African PSL.

10. Mushekwi is a father of a four year old son, there has been rumors that he separated from his partner earlier this year.