An inside source from Highlanders football club has revealed that the players have not received any signing on fee, which makes it difficult for the club executives to negotiate contracts with players for the next season. 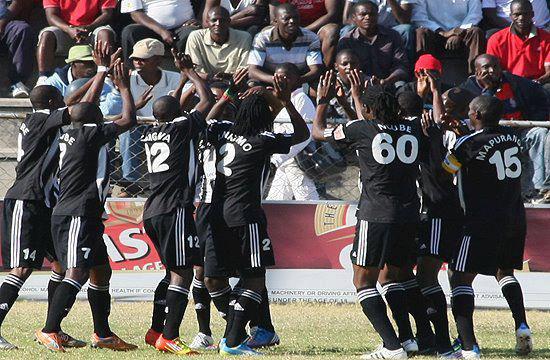 Most of the players’ contracts are expiring end of the season including rising star Knox Mutizwa whom Highlanders’ chairman Peter Dube said they were doing everything in their power to keep him.

“We will try playing it as safe as possible for the club, it is not only Knox whose contract is expiring at the end of the year, there are a number of them. All efforts will be made to try and entice him”, Said Dube.

The club’s chief executive Ndumiso Gumede said this was a result of their main sponsor BancABC ending their contract with Bosso. Gumede said they were part paying what they could whenever funds became available.

“Please tell me the source of funds in the light of the fact that the budget was withdrawn by our sponsors late November. We are clearing them one by one as funds become available. Answers to your questions can only be answered in consultation with the finance committee that handles the disbursements”, said Gumede.