We toss the word ”friendzone” around a lot these days as a sort of catch-all phrase to describe a variety of romantic misfires. So much so that it’s almost become a bit of a joke, or excuse even, becoming reason in and of itself for rejection. The thing is, it’s significantly less funny when you happen to find yourself in said ”zone” . 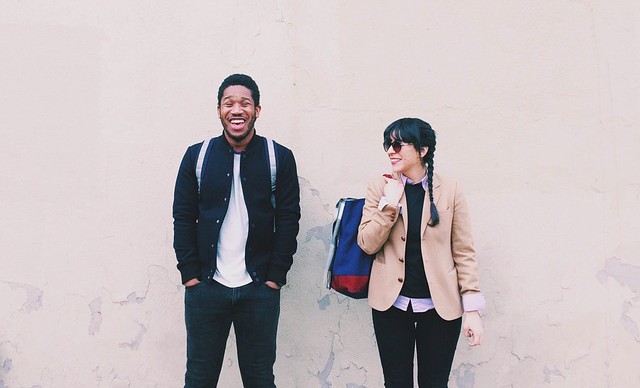 The good news is, figuring out where exactly things went wrong isn’t really hard, as pretty much every excuse in the book can be filtered into one of the following five reasons.

Now this may sound a little naive, and maybe even a bit like an excuse, but 9 times out of 10 it’s the truth. And yes, it is true that every girl wants to end up with her best friend, so it’s not necessarily a bad strategy to adopt, but if your long term plan is to just be there for everything, always, in the hopes that she will suddenly, one day turn around and see you in a different light, you’re going to be waiting a long time. Not necessarily never  sometimes this results in the happiest of endings but it’s definitely the long game. Because the truth is, you’re just too close. You know way too much about way too much for her to see you as anything other than a genuine friend. And the longer you wait and the closer you get without spelling things out, the more truthful that annoying line about not wanting to ”ruin the friendship” becomes.

2. You’re trying too hard, and coming off as desperate

We don’t know what it is in our DNA that makes us so obsessed with ”the chase,” but the ”nothing worth having comes easy” philosophy seems to go hand in hand with attraction; we want to work for it. Well, kinda. We want someone to be there and to care naturally without having to ask them, but not too much and not always because that’s just annoying not to mention a bit curious (like, don’t you have a life to attend to?). It’s when the lines between reliable and clingy and protective and smothering are crossed that we end up doing this dance back and forth, caught between the comforts of having a shoulder to cry on, but needing to take space and establish boundaries because you’re too attached.

The point is, there needs to be a bit of a give and take, there needs to be distance, and you need to be unavailable at least some of the time. Because how can she appreciate the value of your presence if she doesn’t understand what it is to feel your absence? You need to let her miss you. And sure there may be times where there is more take than give, and yes she may even insist and verbalize how much you always being there comforts her  and it’s probably true but the moment we stop having to ask for it, the moment we can start to expect it, always, is also the moment that things start to become normal. And ”normal” isn’t sexy or exciting. Half of attraction is discovery, and unpredictability, and a bit of FOMO if we’re being honest lose that (or worse, never establish it in the first place) and lose the opportunity to keep her attention.

Of course, this is not to be confused with not trying at all  that definitely won’t get you anywhere, either.

3. You’re just not who/what/where she sees herself, right now

it’s important that you understand that the reasoning and/or logic behind this thinking has everything to do with her, truly, and not with you. Or maybe just a little with you, but definitely mostly her. And while you don’t have to like or agree or even understand her reason(s) why, they are what she feels, and therefore fair, and you don’t get to be mad or upset with her for having them.

That said, the fact is, she could be thinking and feeling this way for any number of reasons. (Some perhaps more superficial than others, but that’s her prerogative.). The point is, for her, something is missing. What? Who knows, that depends entirely on who she is and what she’s willing (or not) to compromise on. And yes she may live to regret it later, and yes it may be her loss, but also… maybe not. If the timing isn’t right, then it’s just not right, and the reality of that is probably saving the both of you in the long run.

Also  and here’s the part I’m not supposed to say out loud she’s likely still clinging onto the idea that she can still get the whole package, the way she envisions it, out there. Somewhere. Whether that’s naive or not is besides the point; it is what it is.

4. She doesn’t take you seriously

Unlike the previous point, the reasoning behind this one has much less to do with her than it does with you, and how well (or not) you’ve presented yourself to her, as a viable option. Maybe you approached her as a fuck friend first, or juggle between multiple girls or relationships frequently, or just aren’t at a point in your life or career where you’ve said or shown yourself to be ready or even steady enough to settle into something serious. Whatever it is, it’s your patterns and behaviors that she’s reading to determine your eligibility as an option.

5. You’re perfect, she’s just not sexually attracted to you

It doesn’t matter how smart, or how kind, or how successful you are, if she can’t picture your lips on her mouth (or anywhere else for that matter), it’s game over. And you can’t really be mad at that. (Well, you can, but you’ll come off crazy or worse, creepy, and that will for sure end things.)

This is the part that comes down to science. It’s molecules and hormones and brain stimulation that goes far beyond sweet words and flowers. It’s the ultimate deal breaker. And as frustrating as it can be, all it really means is that the girl who does respond to you on that level is still out there.

So if you’re finding yourself in one of these situations, understand that you have two choices here: 1) get your shit together, make room and time, and tell her how you feel, or 2) accept that maybe what’s good for you isn’t what’s good for her, and that’s life, and go out find the right girl for you. Either way, do yourself a favor and keep moving forward in one way or another. You’ll be better for it, promise.