Vimbai Zimuto has welcomed the new year with so much hope and optimism. Zimuto broke down the internet last year after posting a series of nude pictures as a way of celebrating African art and heritage. She later on hosted her own exhibition in which her pics were sold out. Zimuto recently took to Instagram to air out her resolutions for the new year. She posted a rather conservative image of herself wrapped in some African print material and captioned “Mama Africa. 2020 has a lot for me and I’m blessed to have you by my side”.

Fans have been querrying whether the artist will be in the same mind space as last year of posting nude pictures or whether she has something new in store. Zimuto is a celebrated singer, poet and artist among other things. She has released songs such as Ziso rekona and continues to wow audiences with her electric moves and melodious voice. She had a successful singing career in the Netherlands and promoted her African cultural heritage abroad.

On the issue of her nice pictures Zimuto said she was emulating her ancestors who walked around naked and barefoot. Indeed she is one of the few local artists who are not ashamed of their culture. Zimuto loves to fuse African themes into her work. Well we can’t wait to see her 2020 work plan. 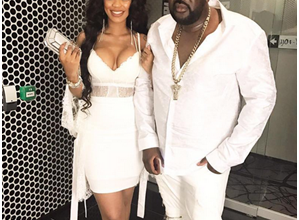