Monday has been declared a national day of fasting and prayer by the president Emerson Mnangagwa. ED as he is affectionately known has decided to turn to God in a bid to turn the country’s fortunes around. Ever since his ascension to presidency, ED has faced a lot of difficulties including a tumbling economy.

Most people have been questioning whether the day will be declared a national holiday considering that people will have to devote their time to fasting and prayer. Another key point of consideration is the issue of the covid 19 scare that has gripped the whole nation. An increase in the number of people returning from other countries such as South Africa and Botswana has seen a spike in the number of recorded cases. This has caused widespread panic and unrest.

The national day of prayer will have pastors and religious players taking up a huge role as they lead people into prayer and fasting. The president himself will take part in the initiative. Most people have commended the president for his show of faith while some have scoffed at the move citing that it is sound policies that will turn around things instead of prayer.

Zimbabwe currently faces an economic crisis with basic commodities like sugar, cooking oil and mealie meal fetching at exhorbitant prices.Fuel has also become scarce. The country is also battling to deal with the economic impact posed by the covid 19 pandemic. 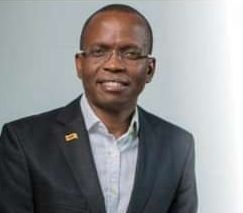