Self confessed urban tete, Zuva Habane is back with another one for the ladies. The social media influencer and former model recently caused a stir after claiming that sugar is not good for women, in particular, for their private organs. Sha said women should desist from consuming excess sugar because of its many side effects to their sexual life.

Zuva regularly dishes out tips on how women can maintain their health. She is very particular about sexual health hence the name “urban tete”. She said sugar is the major cause of women getting excess fluids on their genitalia during sexual intercourse. She advised women to stick to alternative sources or sweetness such as honey.

There were mixed reactions to Zuva’s message. Most women generally agreed with her and even cited further adverse effects of consuming too much sugar such as diabetes and obesity which ultimately affect one’s sexual life. It is no secret that sugar is not a very good substance and should never be taken in excess.

Some, however, said they could not see the link between consuming sugar and the said excess waters. They said the issue of women having too much fluids down there hinged on genetics rather than sugar. They even ridiculed her for trying to mislead people.

Zuva was once lambasted for encouraging women to use yoni eggs. These are smooth stones that women out into their vaginal area and hold for some time. She said they strengthen muscles. She also at one point exhorted women to do vaginal steaming. Zuva seems to have a lot of knowledge regarding women’s sexual health.

Your ABC guide to dealing with cuts and scrapes at home

Wife of famous DJ dies after hospitals refuse to admit her for not having covid 19 results. 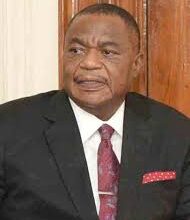