A popular Zimbabwean proverb goes”Kana chaikuda chokusema”. This can be aptly captured in the current raging war between UK based socialite Olinda Chapel and her ex husband Stunner. The two have been at each other’s throats lately and the result of their social media war is that all their dirty laundry has been aired for the public to see. The public altercation has left many people dry mouthed.

Olinda has been calling out Stunner for being a drunkard and for lacking vision. She said the only accomplishment he ever did was to date someone of her class. This did not go down very well with the rapper who came out guns blazing at his former wife. Stunner said Olinda lives a fake lifestyle marred with debts. He also said she had failed to pay for a pair of shoes purchased at Jan Jam. The rapper made some damning allegations in a bid to put a dent to her reputation. He said his former wife survives on loans secured in the UK and everything that she owns including her car were bought in credit. He even challenged her to produce receipts of the purchases.

Olinda and Stunner’s brief marriage ended on a sour note after it emerged that the rapper had been cheating on his wife. Olinda broke down on social media and said Stunner had used her for financial gain. The two eventually separated and Stunner moved on with his mistress Dyonne. Olinda on the other hand got married to Stunner’s friend Tytan and the two sired a daughter before calling it quits.

Social media users have been pleading with the two to resolve their issues privately. Fellow rapper Mudiwa Hood also reprimanded Stunner for showing disrespect to his former wife. He said breaking up did not warrant that people should act in such a manner. He even said Stunner had benefited more from the marriage.

Some social media users said Stunner ought to emulate the precedent set by Tytan. After his break up with Olinda he has remained quiet and only responds when necessary. It seems the two have remained in cordial relations probably because they have a child together.

Stunner also hinted that he would be consulting with his legal team in order to sue Olinda for knowingly sleeping with him whilst hiding her HIV positive status. To this allegation, most people have questioned Stunner’s level of intelligence in marrying someone without even going for HIV tests. It remains to be seen how the social media war will pan out but things are currently at bowling point between the two 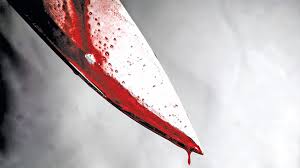