Mutuma recently got included in the Warriors squad for the 2016 African Nations Championships final qualifier against Lesotho. Here are ten most memorable events in Mutuma’s career that helped shape the career of the controversial star. 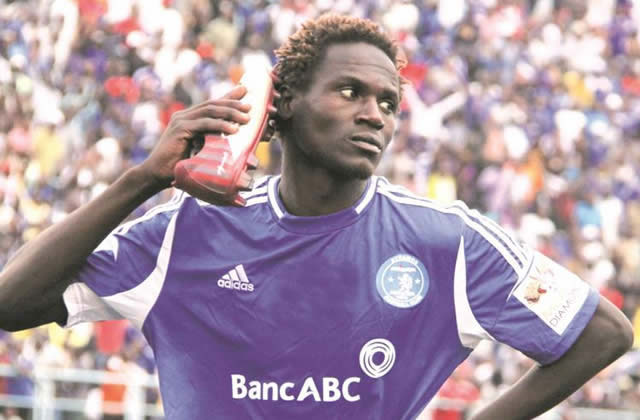 1. Rodereck Mutuma was born on the 5th of April in 1988 in Mvuma, he studied at Nyerere Primary School and Mopani Primary School where his football career took off.

2. He started his professional career with Mvuma Stars in 2003 before moving to Zim Alloys a Division One club based in Gweru. He later moved to Mimosa Football Club and then to Bulawayo based Quelaton FC in the Division One which he helped stay in the championship.

3. In 2011 Mutuma joined Dynamos Football Club where he stayed for two seasons.

5. In 2013 Mutuma moved to South Africa where he joined Bloemfontein Celtic on what was supposed to be a long term deal but only made 14 appearances and scoring two goals for the team before returning home.

6. After his contract ended with Bloemfontein Celtic, the striker did no renew his contract with Dynamos but chose to join the rivals Caps United instead beginning of 2015.

7. Mutuma played on and off for Caps United and permanently left for his old team Dynamos mid season due to financial differences.

8. The controversial player has been involved in a couple of fights with fellow footballers including Obey Gada and team Captain Murape Murape during training.

9. Mutuma also has a passion of arts and music, he was involved in building an arts and culture organization called “Tione Chipo Chako” Arts where he assisted the organization in mobilization of resources. He is also a board member of the organization along with other musicians like Tererai Mugwadi.

10. Mutuma was earlier this year rated number 22 out of 30 worst strikers to play in the South African PSL by KickOff Magazine.