Facebook Twitter LinkedIn WhatsApp
#ThisFlag Pastor, Evan Mawarire and Thomas Mapfumo seem to be taking turns at bullying President Mugabe. They have ganged up on him, putting pressure on his government to claim power. Video: Pastor Mawarire And Mapfumo Gang Up On President Mugabe. 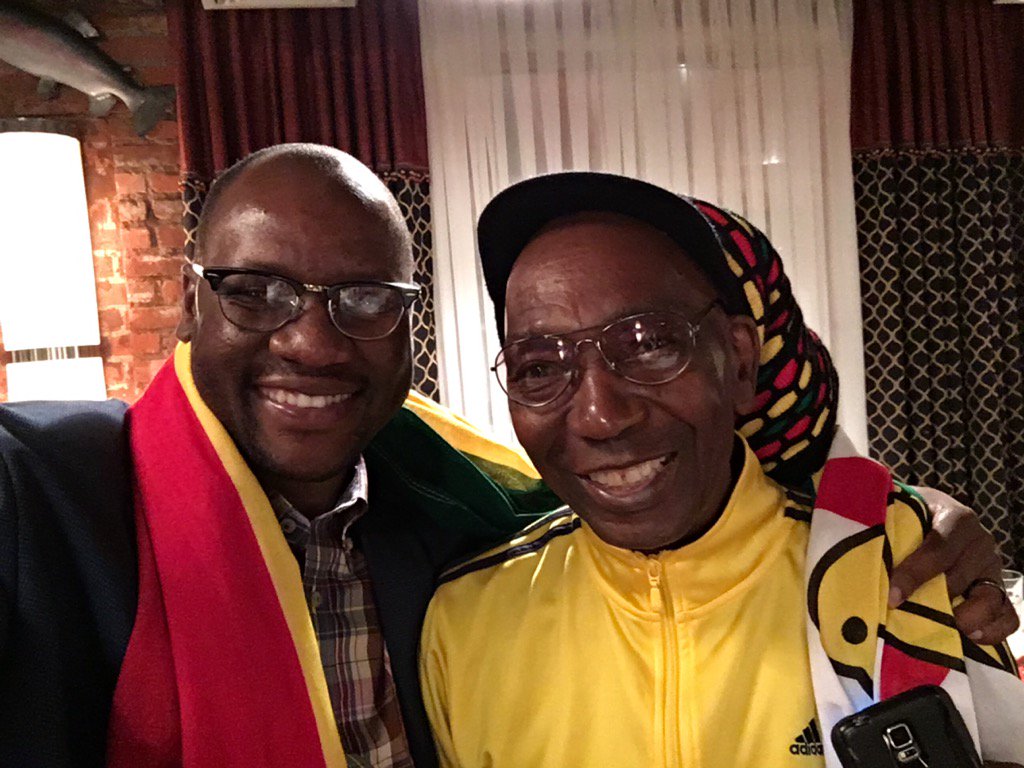 It is reportedly said that Mapfumo and Mawarire met in Dallas, a city in north Texas in the United States on Friday where Mawarire was meeting Zimbabweans under the #ThisFlag campaign. This happened after Thomas hailed Mawarire for his courage in standing up for the rights of the people.
They posted a video on social media on Friday, #ThisFlag Pastor asking Mapfumo what role should artists in Zimbabwe play to address the socio-economic problems in the country.
Check out the video below as Mapfumo answer’s Mawarire’s question below….
Facebook Twitter LinkedIn WhatsApp