Actor Tongayi Chirisa never ceases to amaze us. The man keeps bringing out a few tricks from his hat. He released a single ‘Usacheme’ featuring Tamy back in October. He showcased his vocal abilities and he sings very well.

Recently he shared that he also has an eye for art. The South African- US based actor shared a sketch that he drew of himself. He shared that he was attempting to draw but clearly the man has a hidden talent. At least Tongayi is guaranteed that if the acting and singing go out of the window, he can still express himself on canvas.

Check out Mr. Chirisa’s attempt at drawing a self portrait below: 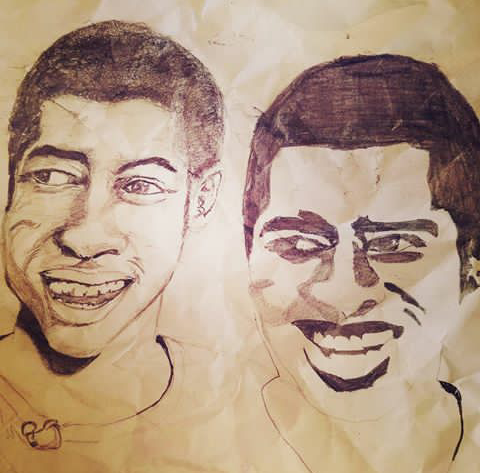