Local millionaire boss Ginimbi(real name Genius Kadungure) has once again sent social media into overdrive with his latest acquisition. The young mogul and club owner just splashed on a brand new Bentley Continental convertible W12. The sleek new car has a cool blue colour and has state of the art features The car is priced at over USD 236 000. It comes with a 6 litre engine and a twin turbo charged W12 engine. The car is certainly one of the best cars of 2020 and Ginimbi could not resist buying one for himself.

The outspoken Ginimbi has caused furore online with most of his fans applauding and saluting him for rewarding himself with such a luxurious car. Others however had no kind words for Ginimbi and accused him of showing off his wealth when the rest of the country was wallowing in poverty. He has been accused many a times of dodgy dealings and was even arrested once for fraud but he was acquitted. Well hate him or love him but “Mr Shampopo” certainly knows how to spoil himself with the finer things in life. The king of all white parties has outdone himself this time in spite of having a fleet of other state of the art cars. He is set to turn heads with his new wheels. Ginimbi has various business interests including the famed Dreams nightlife club. He loves to host international as well as local artists at his club including the likes of Ricky Rick and Jah Signal. Well 2020 has begun on a good note for Ginimbi. 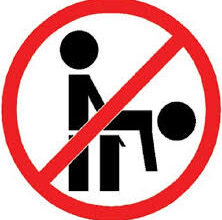