Men have been airing out their views on social media in relation to ladies that wear make up. An image of one woman with pimples and dark skin who was magically transformed into an angel by the undeniable power o make up has caused furore. Not men have said women who use make up are deceiving their partners into thinking that they are beautiful and yet they will be hiding their real faces beneath layers of powder an foundation.

This issue has always been a contentious one. While most women would feel.more confident in make up, some men have made a huge outcry about the deceit that comes with a made up face. They said women should go natural and only put minimal make up that does not completely alter their facial appearance.

Make up has been used by women to enhance their beauty since biblical times. Make up makes a woman feel confident and sexy. It also makes one stand out from the crowd. Musicians put it for their music videos taking into consideration the likes of Ammara Brown and Tammy Moyo. Of late, men have also been using make up to highlight their features. 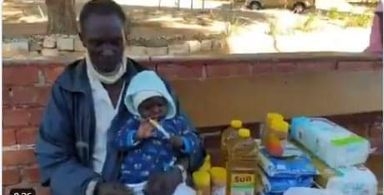