ZIFA failed to pay off a debt and now we can kiss World Cup 2018 goodbye. Long story short, Jose Valinhos coached the Warriors in preparation of the 2010 World Cup. After his failure to lead the Warriors to the World Cup he got fired, he took the matter to FIFA and won. ZIFA was told to pay the coach $81,000 but failed to do so five years later. 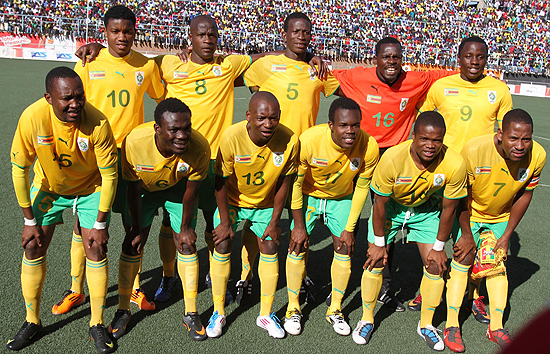 FIFA gave ZIFA an ultimatum in March that if that money is not paid up there won’t be no World Cup for Zimbabwe and now this has come to pass despite the Sports and Recreation Commission will o find the money in less than a week.

The SRC gave a statement saying ZIFA is always seeking last minute bailouts and the association is now dysfunctional and has no capacity to raise funds for it’s mounting debts.

“If urgent interventions are not made, Zimbabwe’s football demise is inevitable. The most pressing and immediate requirement being to clear the Valinhos debt. The ZIFA leadership has lost its legitimacy and no longer has any moral ground to stay even one more day in office. Stakeholders should seriously consider the appointment of a judicial manager to protect ZIFA assets from a probable run in by creditors. This will clearly not be government interference”, said the SRC.

Sad for the players who have been showing a lot of potential lately. Let’s hope by 2022 that money will have been raised and paid up.