Facebook Twitter LinkedIn WhatsApp
Three law students from the Great Zimbabwe University will travel to Arusha, Tanzania later this year to compete in the regional moot court awards. The trio put on a spectacular performance at the Moot court competitions held at high court in Harare recently. The annual competition is sponsored by the International Committee of Jurists, ICRC and various other stakeholders. It seeks to recognize human rights issues and the laws pertaining to humanitarian conflict at a global scale. The facts of this year’s matter centred around prosecution of an army commander whose soldiers allegedly tortured and persecuted members of an opposition civilian war movement. The students from Great Zimbabwe University, who were presenting the defence case, clearly and skillfully highlited international law principles and conventions relating to armed conflict. Their opponents, from Midlands State University, also put up a brilliant perfomance. The moot Court competition to be held in Arusha, Tanzania will see the students battling it out with fellow students from universities all over Africa. Zimbabwe has a reputation of winning at Arusha. Zimbabwe is a signatory to most of the UN conventions on human rights. International law is applicable in Zimbabwe following the ratification and incoporation of international conventions.
Facebook Twitter LinkedIn WhatsApp 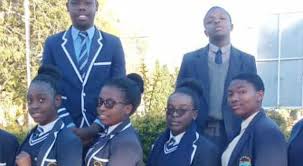