Kim Jayde had to reiterate her position with regards to her boobs recently. The South African based model and MTV presenter has had some people breathing down her neck to get a boob job done. She said she posted a photo on her Instagram and someone commented, “Go get a boob job”.

The model was so irked by the comment that shw decided to post a picture of her natural 32A bra size boobs complete with her natural body to show that every woman is unique in her own way. She said people need to normalize the message that every woman’s body is different, unique and beautiful. Kim is not worried about people taking a jab at her appearance. The stunning model has already made a big name for herself both in and off the ramp to master enough confidence about her body.

Kim is one of the famous television faces in South Africa. She won a Panache women’s and was recently roped into an Apple women’s campaign. Her position and influence have made her a voice for many women being haunted by body shamers. Kim’s message is also vital for the young at heart who often end up taking drastic decisions because of being pulled down due to their appearance.

Kim regularly blows up the internet with sultry images from her various photo shoots. She also entices viewers with her infectious smile on her Mtv show 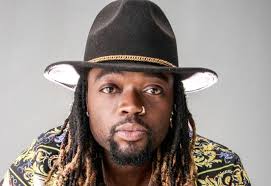