South African based actress Chiedza Mhende is celebrating yet another important milestone in her career. The beautiful actress will be returning to hit soapie “Generations the legacy” as a trainee director. She has been blowing fans away with various television roles since her big break in the film industry in South Africa.

Chiedza once starred in the soapie taking on the role of a male personality. She nailer it so much that people actually believed that she was a man. Chiedza is a versatile actress who can pretty much fit into any role. Her character was later removed from the soapie.

Chiedza was busy with her new role on the Netflix series Queen Sono where she acted alongside heavyweights such as Pearl Thusi. She also nailed her performance and social media has been buzzing with excitement at her immense talent.

Chiedza is reported to have worked her magic and taken up her first role as director on last night’s episode of Generations. Chiedza was born and bred in Zimbabwe and later moved to Cape Town in 2006 to pursue studies at the African Film and Drama and Arts School of motion Picture medium and Live performance.

She later on won several awards for her sterling performances in various productions. What makes her distinguishable from other actors is her ability to embrace any given role and bring life to it. Chiedza is one of the most sought after television personalities on South Africa. Most people have congratulated her on adding the title of director to her impeccable resume. 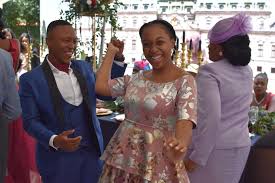