On the 25th of November, the day of International violence against women music sensation, Ammara Brown released the video for her hit single Tichichema. Ammara Brown has done it again releasing an amazing video to an amazing song. The singing sensation continues to add depth and story to her music videos that few other artists in Zimbabwe are able to do.

The new video directed and Produced by Edible Elevens had a star-studded cast. Including famous local dancer John Cole music sensation Chengeto Brown Lisa Tanaka Chido Musasiwa and Zameera Pienaar. This video filled with iconic Zimbabwean individuals is breaking the internet. The fans are loving it with over 10 000 views in the first hour of its release.

Tichichema video comes out a few days after Ammara Brown announced her third international music award nomination. The artist continues to rise further raising the flag high for all Zimbabweans in the world to see.

The video came out as Ammara Brown was travelling to Zimbabwe from South Africa. Showing her excitement for the new video she posted a short snippet talking about releasing the video she says, ” I am coming into Zim just to launch Tichichema today. I am so excited so nervous!” as she continues to share to her fans how much this means to her. There was no denying her anticipation towards this video.

Her cast in the video pulled off one of the most amazing dance drama and music spectacles for the world to see. With a deep video showing the challenges, women face in abusive homes that often go unseen. John Cole plays an abusive husband while Ammara Brown plays an abused wife with the two syncing their dance moves to the story of the music video. The video is heartbreaking and yet remains a complete story of pure majesty. 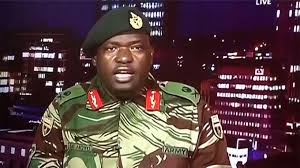