Actress Danai Gurira is on top her game at the moment. The current it-girl has been receiving praise from all over for her great acting chops in Black Panther. She is not only a fantastic actress but she slays on the red carpet.

Danai joined some esteemed women at the Essence Black Women in Hollywood ceremony. The 40 year old shared how she met the former ESSENCE editor-in-chief, Susan L. Taylor at the age of nine.

“How would I ever [have] known that day 31 years ago that one day I’d be honored by the very same magazine the stunning woman with the long braids was in charge of,” Gurira said. “The time she took, to look a little African girl in the eye and dispel the lie and implant the truth. That time resulted into something that grew inside of me that kept me aware that no matter what the world threw at me, I was beautiful.”

Danai was honored at the pre-Oscars event alongside actress and writer Lena Waithe, Tessa Thompson and breakout star and comedian, Tiffany Haddish.

At the 90th Academy Awards a.k.a Oscars, Danai wore a light blush gown by Gabriela Hearst. She added to her close-cropped hair by adding metallic white coloring to the shaved detailing on the left side of her head.

Danai was honoured at the Essence Black Women in Hollywood 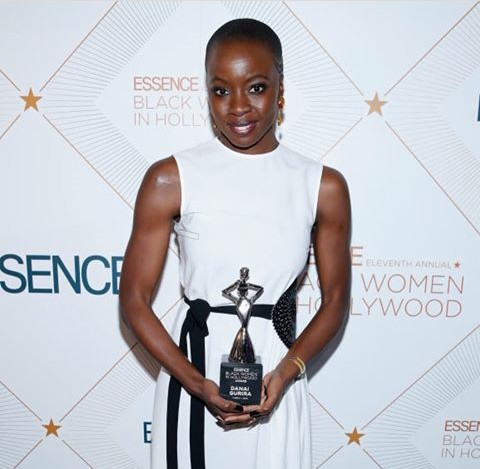 we dress with a black bow 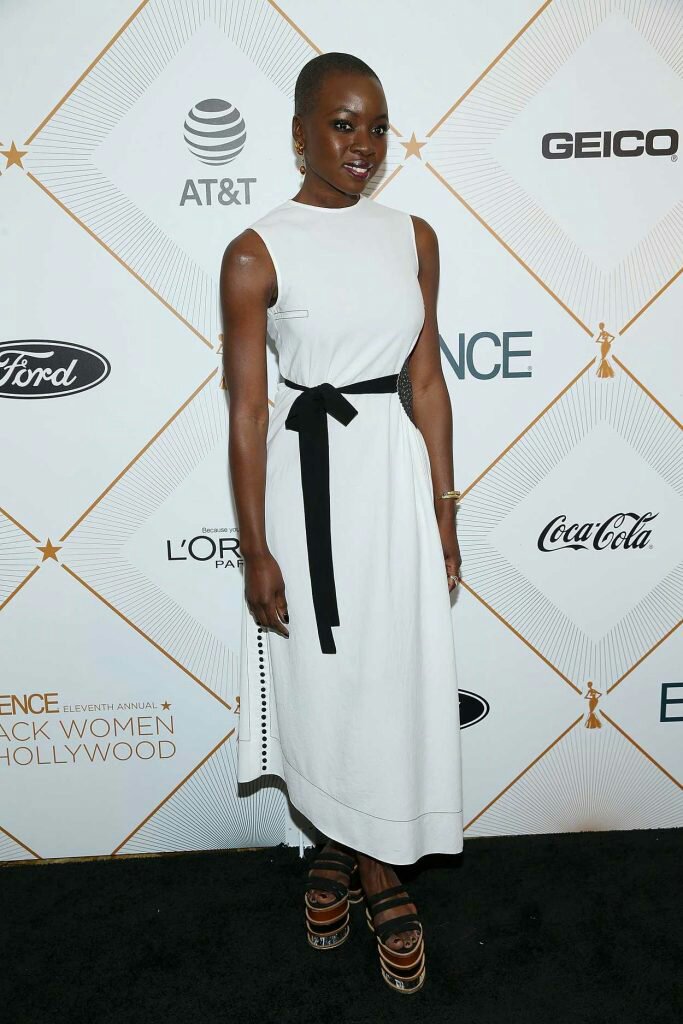 Slaying at the Oscars 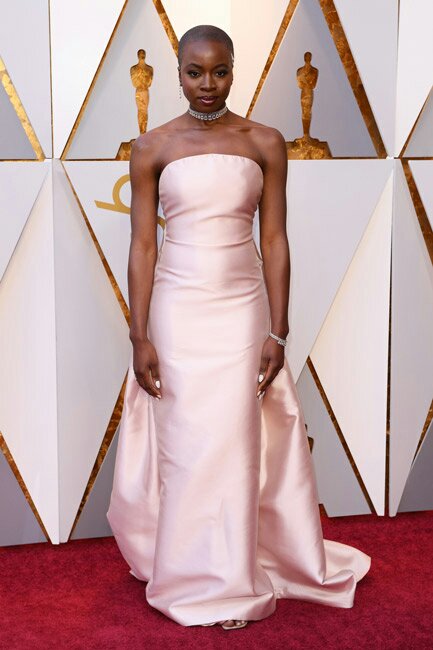 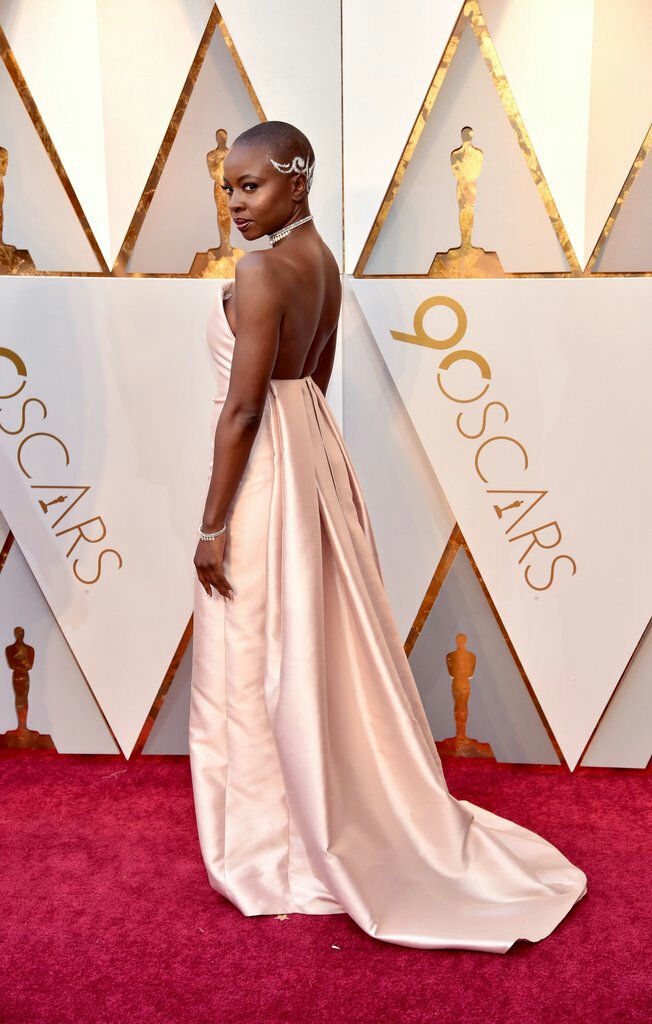