UK based Zimbabwean rapper Karizma has his songs on MTV Shuga Down South.

The rapper, real name Tinsahe Sanhanga, caused waves last year with his video for ‘Shisha Pipe’ which got airplay on TV channels across Africa. MTV Base has expanded its franchise by taking the Kenyan-Nigerian youth series to South Africa. The new season began almost a month ago with two characters returning from the Nigerian franchise.

Karizma shared on his social media that his music had been picked for this season’s MTV Shuga. 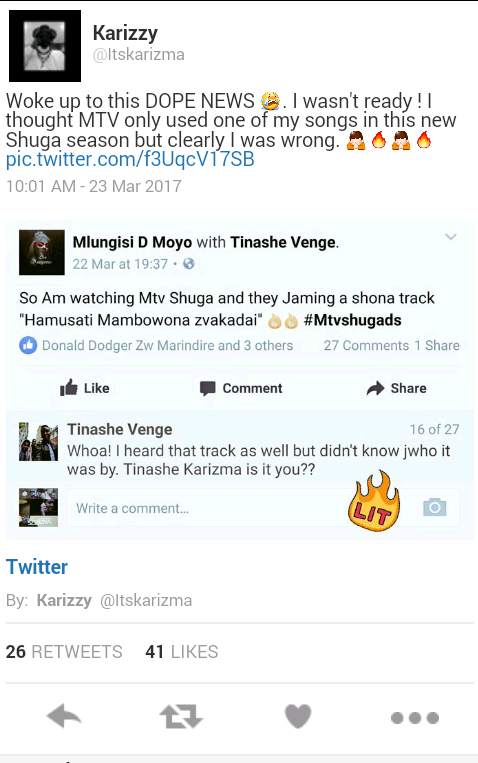 The hit ‘Shisha Pipe’ was on the second episode whilst ‘Hausati Wamboona’ played on the third episode. Karizma has stated that his music will be played throughout this season of MTV Shuga Down South.

This move has been viable for the rapper and is gaining a larger audience as the show is syndicated around the world on several television channels.