Musician Mudiwa Hood is on cloud nine after being nominated for a prestigious international award. The rapper recently took to social media to announce the good news. Mudiwa has been nominated for a BEFTA man of the year 2021 award. It seems the rapper has just stepped into the new year in style.

Mudiwa is the only nominee from Zimbabwe. He will battle it out against other heavyweights from all over the world. These include Burna Boy from Nigeria, Anthony Joshua from UK and Bobi wine from Uganda among others. The award will certainly elevate his career. Mudiwa is well known for his rap skills and attractive charisma. He has been in the game for quite a while and such recognition is befitting.

Mudiwa became an instant sensation following the release of his song Ndaita mari. The song was a chart topper and made him a force to be reckoned in the music industry. It seems his hard work and consistency have both paid off.

The young entrepreneur was ecstatic as he shared the news on his social media pages. Some people said that this was surely God’s way of blessing the rapper who has a reputation for helping those in need. Mudiwa is clearly philanthropic at heart and often assists the less privileged. Last year he blew up the internet after helping some homeless kids. He also undertook to pay school fees for a poor rural teacher’s child. While Mudiwa might have had beef with several people including Tino Chinyani and Stunner, he remains pretty much a rapper with a good heart and is soaring to greater heights.

The BEFTA awards are an international awards event that recognises talent from all over the world. Most people have their fingers crossed for the rapper to bring home the trophy. 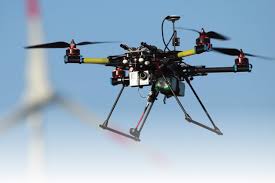